I’ve been a user of Microsoft Money since 1995, so I was always a little bit sad when Microsoft sunset support for the application in 2011. I’ve always found Money better than many other alternatives I’ve tried — including the ever-popular Quicken. I just found its workflow works better for me. Of course, having almost two decades worth of data recorded in Money made it very sticky for me, too. 🙂

Fortunately, Microsoft released a free version of Microsoft Money Plus that continues to work in all modern versions of Windows. (There actually has been one patch released, but I encourage you to read Raymond Chen’s version of the patch, because it scores some serious cool geek points.)

Then about three years ago I switched to a Mac, and found myself struggling to keep using Microsoft Money as the only Windows program I couldn’t easily replace with an OS X equivalent. I tried to get it working with Wine and Crossover, but there were too many graphical and stability issues. Finally, I ended up using VMWare and Windows on a Bootcamp partition. Much more heavy weight then I really wanted to, but at least I was able to keep using my favorite financial record keeping program.

Now, fast forward to 2014, and I found myself again trying to improve how I use Microsoft Money within OS X. This time, I’m on OS X Yosemite and wanted to try using Wineskin: a relatively new project that lets you easily package Windows applications with Wine libraries and make it look like any other application on your Mac. 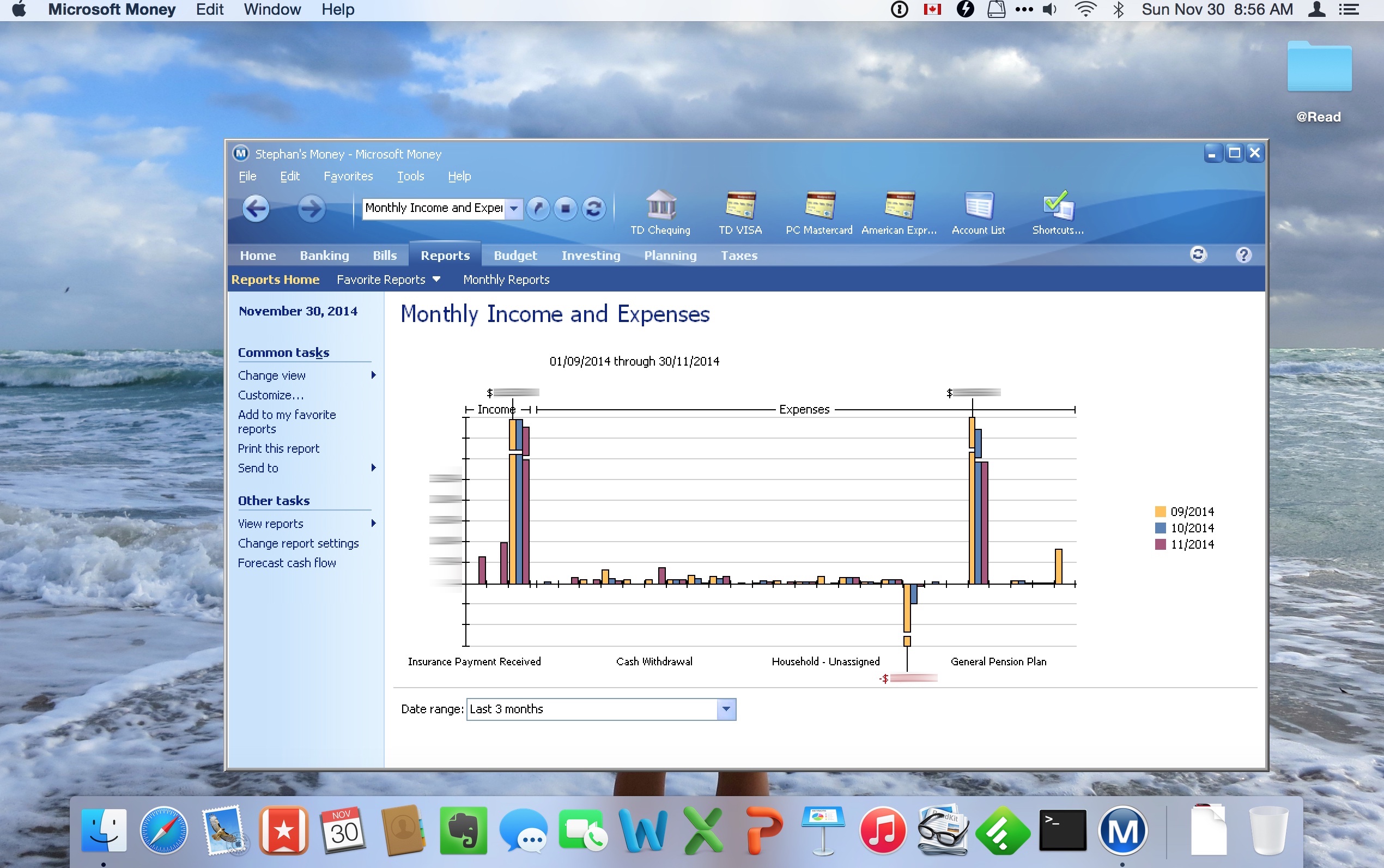 So, for the record, here are the steps and settings I used.

Now follow similar steps with IE6. Note that you may need to download IE6 from http://download.oldapps.com/Internet_Explorer/ie60.exe instead of the specified location, and rename the exe file to msie60.exe before you move to wine tricks\ie6 folder. Thanks to Harry for this workaround!

UPDATE: Thanks to David Silver, who pointed out that you can download IE6 from: https://web.archive.org/web/201604/https://download.microsoft.com/download/WindowsInstaller/Install/2.0/NT45/EN-US/InstMsiW.exe

Wow, I had no idea how popular this post would be! There are a lot of troubleshooting tips in the Comments, but here are some highlights.

If you need to create a new Money file, then there is a bug in Wine that will force you to sign up for a Passport account, which will then fail. Instead, simply download a blank Money file which I have created here, and then open that in Money. Download this file, rename it whatever you’d like, and open it from Money. Once opened, you should be able to add new accounts, set a password if desired, etc.

Make sure you install IE6 using winetricks, instead of any later version of IE.

If you need to debug startup failures, the following:

I have not yet been able to get Portfolio Manager to work. As far as I can tell, this is a bug in Wine and the way it interacts with the HTML rendering engine, so we’ll have to keep trying new Engines until this is resolved.

Step 7 was tricky for some folks because of how confusing the UI is, so I’ve added some more details here.

Added an alternative location for the IE6 download. Thanks to Harry for finding it!

Added another alternative location for the IE6 download. Thank you, David Silver!